“Why did it take so long for us to realize that killing animals is not the solution?" El Paso Animal Services Director reflects on lifesaving change

In just over a year, El Paso Animal Services Director, Paula Powell has turned the municipal shelter into a beacon of hope for the more than 27,000 cats and dogs who come through its doors each year. Powell, who had managed the parks department in El Paso for two decades, knew virtually nothing about animal sheltering when she took the position. All she knew for certain was that she was not going to continue to allow the organization to kill more than 10,000 healthy, treatable animals each year. Even though resources were scarce and the job seemed impossible, Paula was determined to immediately increase lifesaving. Right away, she reached out to Dr. Ellen Jefferson and the American Pets Alive! team and through this and other key partnerships, Powell brought the save rate from 68% to 85% and continues to fight for the next five percent and beyond.

We asked Director Powell how she made this dramatic improvement in such a short amount of time. Here’s what she had to tell us about building a No Kill shelter in one of the toughest possible situations. 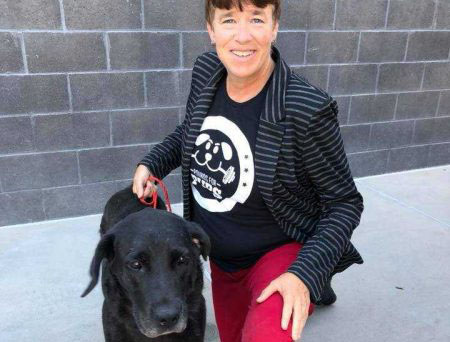 How did working with American Pets Alive! change things for you?

“American Pets Alive! came in a little bit over a year ago and showed us how to write a policy that basically takes euthanasia off the table as a solution to a problem. They showed me how to look at the numbers, have a look at the stats, look at what animals we were euthanizing and be able to target areas we needed to work on,” Powell explains.

“I just think, why did it take so long for us to realize that killing animals is not the solution?”

“We came up with a plan and it's working. It's not a hundred percent foolproof yet, but I'm sure that it will be as we move forward as a team, because everyone here is now under the same goal and that's that is the 90 percent live release rate by 2020. The community and staff understand the meaning behind that. I think that's been instrumental here.”

“The constant support day by day has just been so helpful, especially as we're trying new things, a new process. For instance, when we try a new process, we started it and they came in and fine tune it, found the holes, fixed it … that constant feedback has been life-changing for us.”

What advice do you have for shelter directors starting to make lifesaving changes?

“Be patient, reach out to others, get help. Don't think you know it all. The solutions, the plans are there, but everyone's different. Come up with that strategic plan as a team. That’s how you're going to get buy-in from the staff. Make sure you involve the staff, praise them. Make sure they know that they achieved this. You're in charge of morale. You're in charge of making sure that the employees know why they're there. If you continue to do that, you'll be successful.”

Back to All Blog Posts

5 Tips for Getting Staff and Volunteers on Board With Community-Focused Animal Services Read More
5 Powerful Tips for Improved Mental Health in Animal Welfare Read More
The Data's In: No, 'Pandemic Pets' Weren't Returned to Shelters—but Shelters Do Need Help Read More
10 Tips ALL Destination Shelters Should Know for Successful Transfer Partnerships Read More