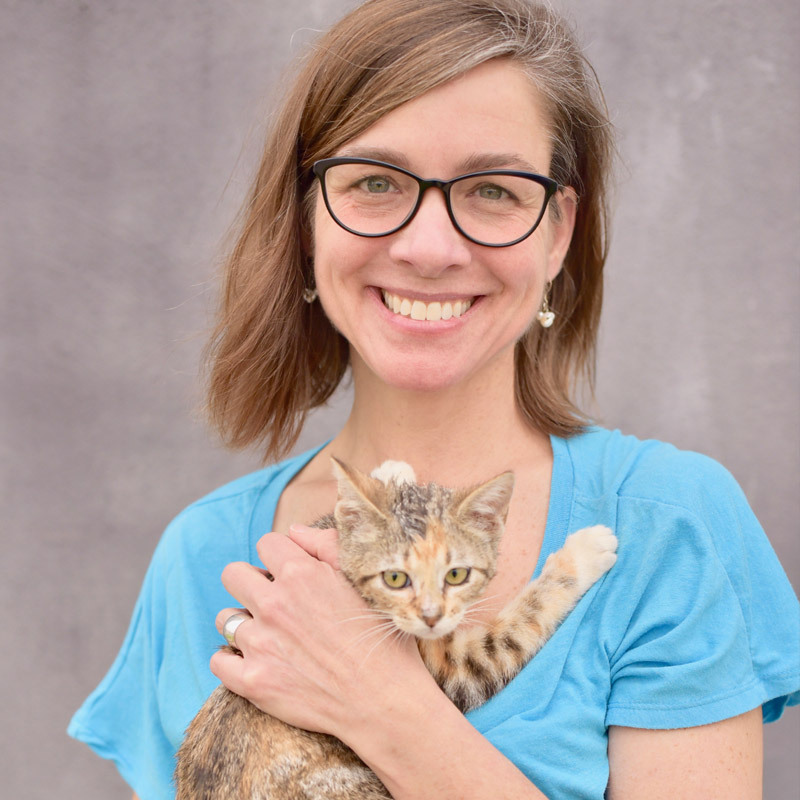 Now a global leader in transformative animal welfare, Dr. Jefferson took over APA! in 2008, a grassroots, volunteer effort to protect Austin's most vulnerable shelter pets. APA! has directly saved the lives of more than 100,000 at-risk pets from Austin and elsewhere in Texas.

Through tireless advocacy and APA's lifesaving programs, in 2011 Dr. Jefferson achieved her dream to make Austin the country's largest No Kill city, saving more than 90 percent of the city's homeless pets.

Since that first benchmark year a decade ago, Austin has remained the safest city in America for shelter animals—in no small part thanks to Dr. Jefferson's singular focus on those who are left behind: the dogs and cats often euthanized in other shelters because of age, medical condition, behavior, or who are otherwise considered by some to be simply "unsavable."

Dr. Jefferson is also the founder of San Antonio Pets Alive!, an organization that has saved over 30,000 animals' lives in San Antonio, Texas.

Expanding her reach far beyond Texas, Dr. Jefferson leads the work of American Pets Alive!, the national arm of APA!, which she founded in 2010.

AmPA! provides training and education to thousands of animal welfare professionals throughout the U.S. and the world, and helps animal shelters in this country and others implement the lifesaving programs that have been developed and tested in Austin over the past 15 years.

The American Pets Alive! conference, held annually in Austin, draws nearly 1,000 visitors to Austin and brings the leading animal welfare experts in the nation together to debate, teach, and lead the future of animal sheltering.

In 2020, at the start of the COVID pandemic, Dr. Jefferson met the urgent need to keep pets out of shelters and with people by launching Human Animal Support Services (HASS), an international collaborative movement to transform animal services to support the bond between pets and people.

HASS quickly grew, and today more than 1,000 animal welfare professionals in more than 400 animal welfare organizations across the U.S. and Canada are working together to change the way we care for pets and people in our communities.

In 2016, Austin's mayor Steve Adler and the City of Austin named November 5 Ellen Jefferson Day, to recognize her tremendous contributions to the city's pets and people. She was named the Non-Profit Executive of the Year in 2013 by Mission Capital, Austin’s leading nonprofit resource center.

Before her work with Austin Pets Alive!, Dr. Jefferson founded and served as the executive director of Emancipet, another organization that brought national recognition to Austin for its work to make veterinary care affordable and accessible to everyone.

Dr. Jefferson graduated from the Virginia Maryland College of Veterinary Medicine in 1997. She has 13 years of experience in private veterinary practice and over two decades of practicing shelter medicine. Among her many current passions are saving dogs with distemper and solving the toughest problems preventing progressive changes in the animal welfare industry.