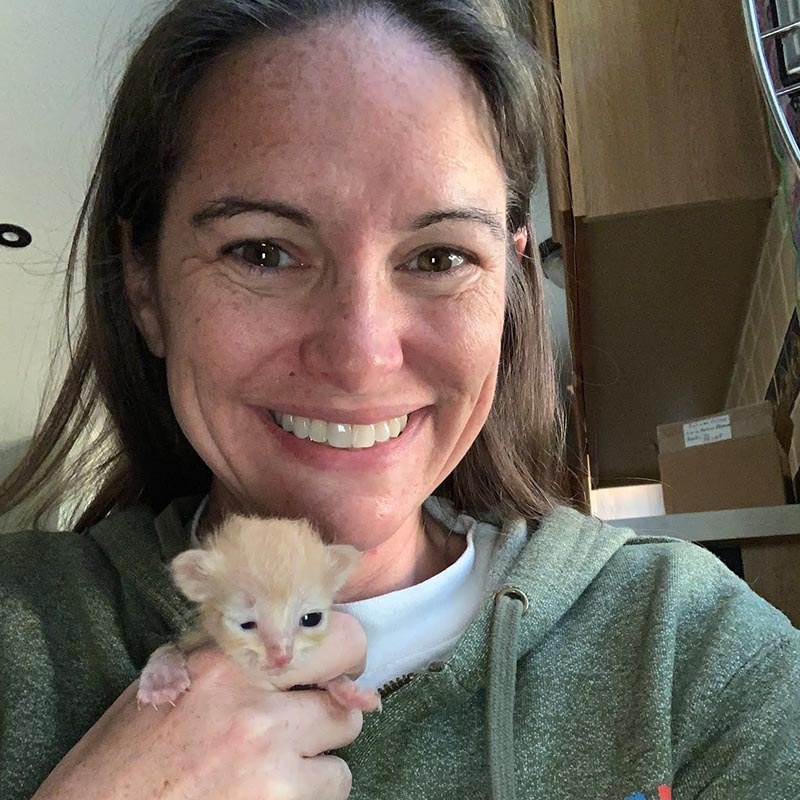 Casandra grew up in South Carolina and received a BA in Psychology from Clemson University. She moved to Austin in 2009 and promptly became a fixture in APA!’s Bottle Baby Program. She worked countless hours as a volunteer before becoming the neonatal ward manager for Austin Pets Alive! in 2011. Under her direction, APA!’s Bottle Baby program celebrated an unprecedented 90 percent save rate during the 2013 season. In her spare time, she enjoys being outside and hanging out with her two dogs and two cats – all APA! alumni.