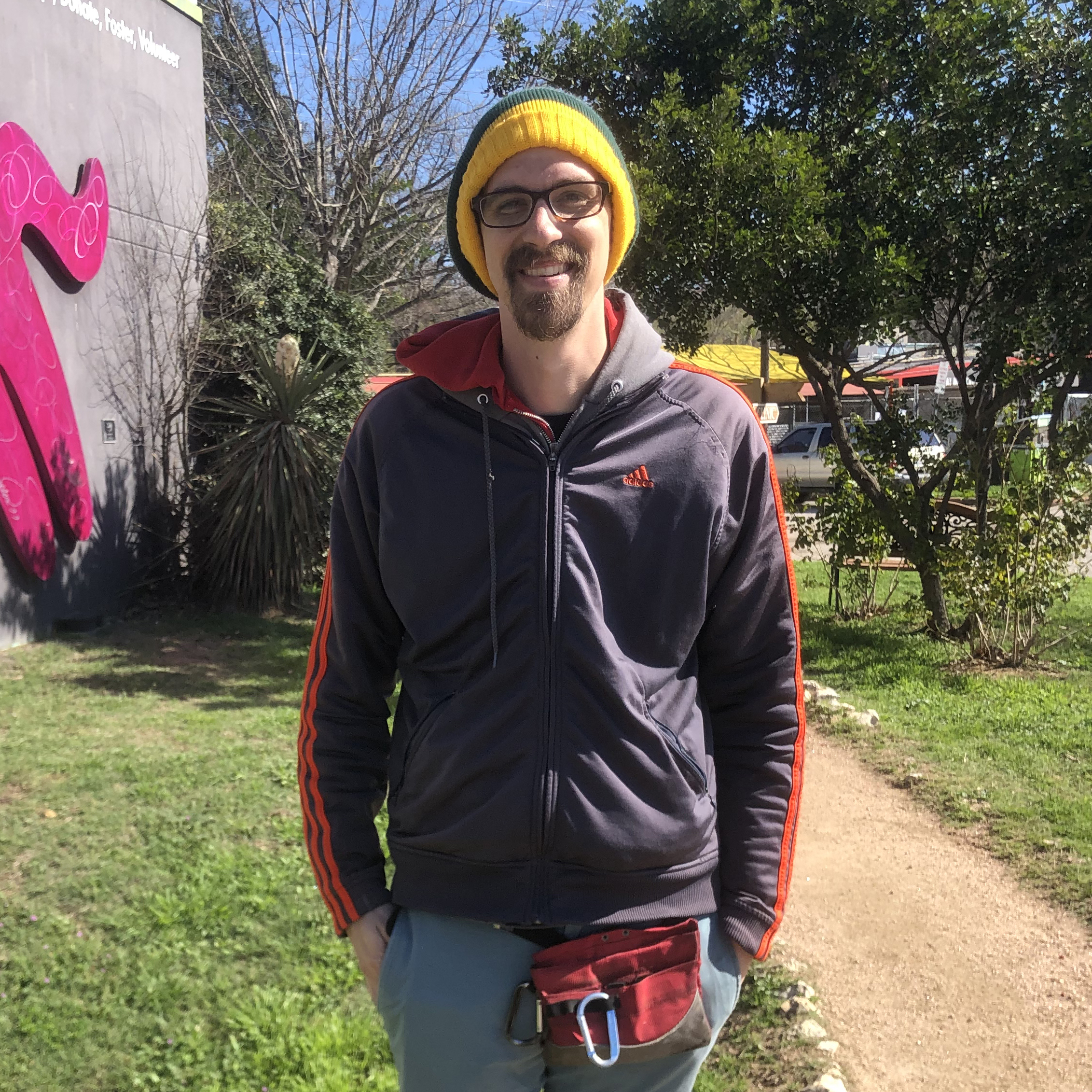 Aaron Caldwell began his work with Austin Pets Alive! in February of 2011. After spending over a year with the organization as a Lead Adoption Counselor, Aaron was given the opportunity and privilege to join the behavior team as the Dog Behavior Program Assistant Manager. Under the tutelage and guidance of Mike Kaviani, now a leader at Dogs Playing for Life, Aaron worked as a playgroup facilitator, adoption/foster follow up coordinator/trainer, and spent time helping with the behavior modification and rehabilitation of APA!’s shelter population. In the summer of 2016, Aaron took on the role of Dog Behavior Program Co-Manager, and spent his time collaborating as much as possible to keep Austin a lifesaving city. In December of 2020 Aaron made his transition into his new role as AmPA! Dog Behavior Program Advisor and will be utilizing his knowledge to help shelters across the country to achieve greater lifesaving in their own communities.